This is a simple technique to show a brief animation of an object or text against a blank page and having the rest of the email “fade in” after the animation ends. This is a follow on of a previous example with fade in text animation.

I got the inspiration from Apple’s MacBook website featuring a Macbook appearing over a blank page. This technique is supported by the email clients that support CSS animation – namely the iOS email clients (iPhone, iPad), Apple Mail and Samsung Mail. For other clients, the object or text will appear as static.

This technique is relatively straightforward to implement and if a significant number of your subscribers are on a capable email client, this will be a cool way to delight them. 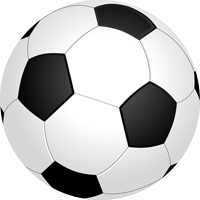 Lets start with the following code to make the ball drop, we stack the ball and shadow on top of each other and we give each their own animation.

As for the shadow, we use an opacity and scale transform which makes it grow as it appears under the ball.

Hiding and showing the rest of the email

To hide the rest of the page initially we wrap them with a container and assign a class “showlater” that intially has the opacity set to 0. It is important that the container not wrap the animated content or everything will be hidden! Therefore you need at least two blocks, one above and one below the animated content.

We then assign an animation that displays the hidden content with a preset delay (5 seconds).

Since not all clients support CSS animations, we need to take the less capable clients into account. Luckily in this case all we need is to hide the shadow (we can leave it in as well).

The following code initially hides the shadow from all email clients.

We then place the following code within a-webkit-min-device-pixel-ratio media query that only clients that support CSS animations will process as explained in this article.

See the full example on CodePen.

You can also apply this technique to text as well.

See the full example on CodePen.

Just like the previous animation, for clients that don’t support support animations, they see the static text.