However on further inspection it appears that the Gmail app on the iPhone and iPad are merely increasing the font size in some emails. 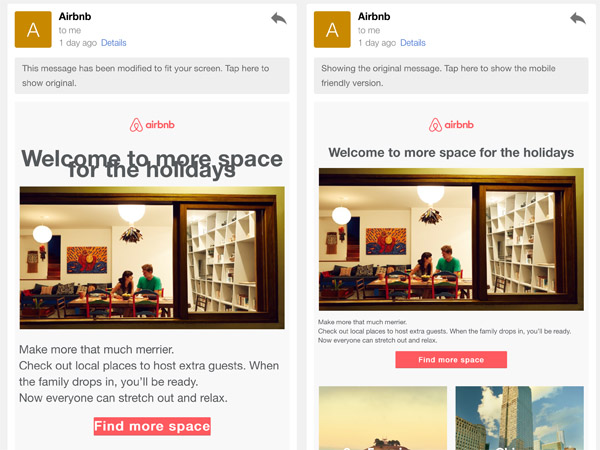 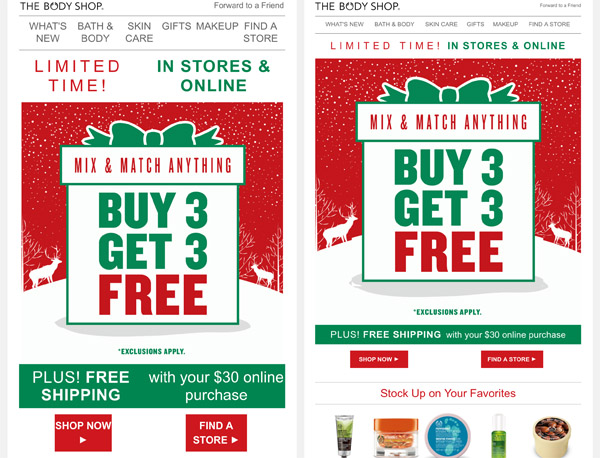 Font size increased by over 50%

It appears that the only change is the font size. However from my crude measurements it looks like Gmail increases all font sizes by over 50% which is significant and causes many lines to wrap. This is both for fonts set in px as well as em.

I also noticed that not all emails are modified, in fact quite a number of emails such as those from Brookstone and Target were left alone, with tiny text and all.

I came to the conclusion that gmail applies this change to emails containing any element that is wider than the current viewing window size. For example when viewed in potrait mode on an iPhone 6 Plus, emails with tables wider than 400px triggers the font size change, but when viewed in landscape mode, the email is not modified until the table width is over 700px. Similarly on the iPad the modifications are triggered at approximately 625px in potrait mode.

Did you know you could create interactive emails with CSS?
Try out the Image Carousel for Email Tool.

However I noticed some emails such Brookstone were 640px wide yet did not trigger Gmail’s font size changes. After more sleuthing, I found out that if the white-space: nowrap style is applied to text and if increasing the text size would cause the email width to be widened beyond the window width (causing the email to look really bad), that Gmail somehow senses it and backs off on applying the font size change.

If your email is 700px or wider, add 5 or 6 more dashes and spaces to prevent Gmail from bumping the fonts on the iPad. If you have a long email, you might consider putting this snippet closer to the top and adding line-height:0px so it minimizes the vertical whitespace.

Update May 8 2015:
Alex Williams (@alexcwilliams) discovered that Google (of all companies) uses a similar snippet but uses non-breaking space (&nbsp;) instead of ‘-‘ for their Analytics newsletter, which is an improvement from the one above since it doesn’t require you to mess with font colors:

As always, after making any changes, test! :)