Gmail launched Grid View for the Promotions Tab two days ago that featured listed emails in a grid view like a Pinterest pinboard.

One thing caught my eyes immediately. A fair number of emails did not have a featured image even though there were fairly large images in the content of the email (like the email from REI in the image below). 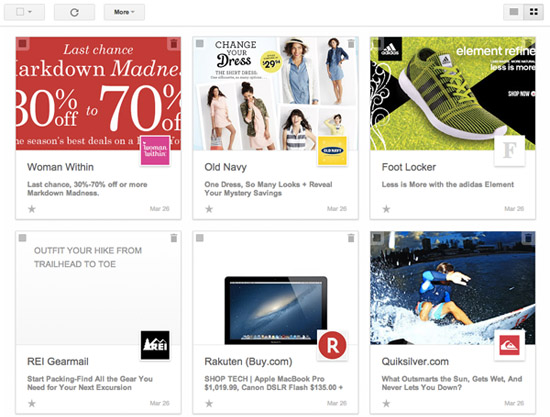 I analyzed many of the emails that failed to display a featured image and have identified a set of common issues as well as their potential fixes.

Before we delve into the various causes, Google has provided a simple way to designate a featured image for your email. It only requires a short snippet of code. You can visit this link to learn more.

Although Gmail recommends your featured image be 580×400 pixels, you do NOT need to specify an image that is exactly 580×400. You can use any image that is at least 233×161 pixels including an image that is already in your email (ie. your hero). This allows you to tell Gmail “hey, use THIS image”.

Here’s a tool that allows you to test out this feature.

However if adding this piece of code into your email is not feasible, lets look at reasons why featured images aren’t showing for your email…

Gmail selects an image in an email based on both the height and width specified in the HTML img tag. If the width and height attributes are missing, Gmail randomly picks an image and if this image is deemed too small when Gmail retrieves it (smaller than 233×161), a featured image is not displayed for your email.

Take this Swarovski email. Gmail did not display a featured image for the email even though there was a fairly big hero in the email. 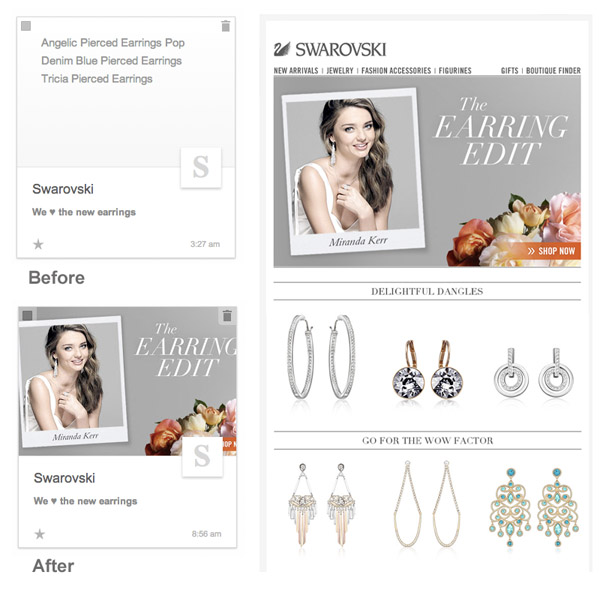 When I looked at the source of the email I noticed that the hero had a width dimension but not a height:

By adding in the proper height dimension, I was able to get Gmail to render a featured image for the email.

What if you already set width and height attributes and images are STILL not showing up? Follow me into the rabbit hole my friends…

From my tests, Gmail selects the widest images as long as they are 599px and narrower and at least 100px tall (see next section about images under 161px tall).

However for images 600px and wider, Gmail appears to require that the image be at least a certain height (numbers range from 450px to 600px) or else Gmail selects a narrower image in the email. This part is still a bit confusing.

See the Saks email below. The hero image was set at 640×475. Initially Gmail did not display any image for the email in Grid View. Increasing the height of the image to 515px fixed it. 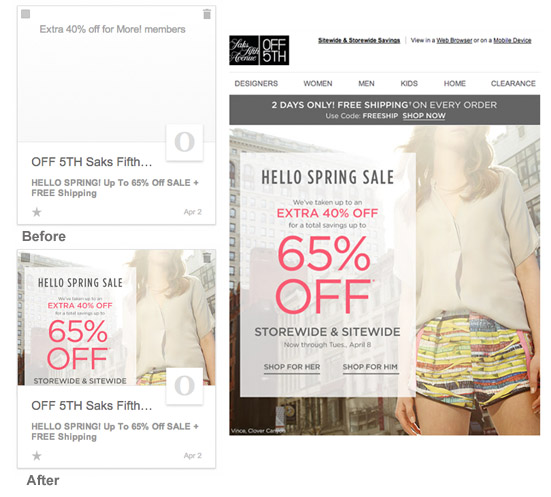 Banners are often placed above heroes. However if they are between 100px and 161px tall your email might run into some issues. Here I believe there’s a bug in Gmail’s selection code* (I’ve reached out to Google so stay tuned) but having images that are between those heights may cause your hero not to be featured in Grid View.

See the American Beagle, err Eagle email below. The banner above the hero was initially set at 560×117. Gmail did not feature an image for that email. Shortening the banner to 560×99, fixes it. 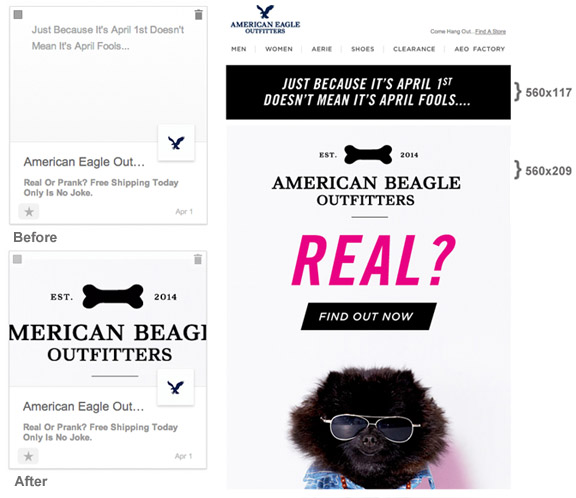 Sometimes Gmail seems to feature less prominent images in the email, such as this one from Sams. The Skittles image was featured when there was a much more prominent hero higher up in the email. 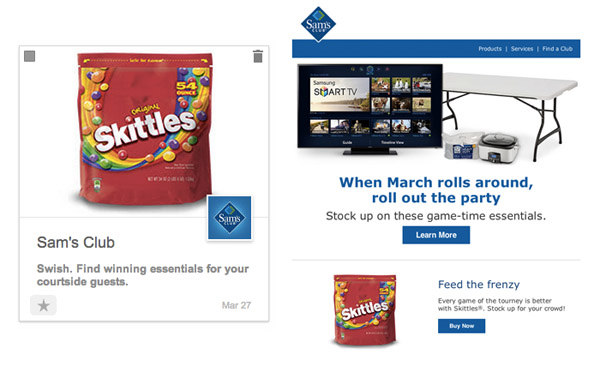 Below is the img tag for the main hero:

I hope that this article has helped you figure out any issues you’ve come across getting your images to display in Gmail’s Grid View. Since Gmail considers Grid View a “field trial” there’s a good chance whats covered here will change with time and I’ll update this post when necessary.

As a recap if Gmail is not showing an image for your emails in Grid View:

1) Use the Featured Image code to designate a featured image for your email.

3) Ensure you set the width and height attributes on your hero image.

4) Figure out if your images match some of the quirky restrictions and see if you can work around them.

5) Shoot me an email to justin ‘at’ freshinbox.com with FreshInbox in the subject line (limited time offer)


* Regarding images between 100px and 161px tall. It appears that Gmail’s image selection code selects any image that is at least 100×100. However from my tests, Gmail’s Featured Image “capture” application requires images to be at least 233×161. Therefore I’m assuming if you have an image that is say 580×110, Gmail selects that image, sends it to the “capture” application and it barfs because the image is not tall enough and you get no picture.